Satan the devil in “The Bible” TV miniseries.

Shoe company Converse and fashion designer Rick Owens recently collaborated on a new version of the famous Chuck Taylor shoe, a popular item many have worn.

However, there’s something that’s different about these particular Chuck Taylors: They embrace Lucifer.

The limited-edition shoes, which are listed as TURBODRK Chuck 70 “Satan Shoes,” are an official collaboration between Converse and Owen’s brand, DRKSHDW. There are 70 different styles of this shoe, but all of them feature the same satanic symbol: the inverted pentagram, which replaces the iconic Chuck Taylor star.

Some of the marketing behind the plan features photos of two creepy masked models wearing monochrome outfits and recreating the inverted pentagram symbol with their bodies.

Originally, the pentagram symbol was represented in the Christian faith as the five wounds of Jesus Christ, however, it would soon be hijacked by Satanists and turned upside down as a sign of disrespect. As a result, nowadays, the inverted pentagram is associated with Lucifer, Satanism and a blatant mark of evil.

With Converse’s Chuck 70s, they would also give you a full 360 view of their Satanism:

On Converse’s official Instagram, the designer of the shoes talked about his use of the satanic pentagram:

“I’ve been using this pentagram for a long time because obviously, it has adolescent occult associations,” said Owens. “But I like geometric diagrams like that because, in a very primal way, they are a culture’s grasp for control. And a way to organize thoughts and systems.”

He then talked about his real motivation.

“A pentagram, in this day and age with all of its associations… I like the fact that it refers to an alternative system. And that suggests openness and empathy,” stated Owens. “It suggests the pursuit of pleasure, this pursuit of sensation. But one of the main things that I think it suggests is empathy and a consideration of systems of living that might not be standard.”

According to Converse, these shoes are aimed at “breaking conventions,” but unfortunately for the footwear giant and designer Rick Owens, neither one of them was able to grab a good reception on social media.

Some on social media even wanted them cancelled, and with Converse once being everybody’s favorite shoe, the main target was the Nike-owned company.

The Devil is no longer in the details. He’s being displayed front and center. pic.twitter.com/GjQDisemGT

They don’t even hide it anymore. They worship satan . No more converse for me. pic.twitter.com/gBx4TVZJJ3

No longer supporting @Converse Satan is no longer hiding
Jesus is the only one that I serve pic.twitter.com/9T3pXI0Zu0

I’ve never been big on the boycott bandwagon but I do draw a hard line at straight up supporting satan…
later days @Converse https://t.co/2LVEOetXxq

Soooo done with Converse! My family is burning them as we speak! satan worshipers! check it out for yourself!https://t.co/j2dEcHmXGf

Please pray for the young people this evil company is targeting. https://t.co/5Af1NBS3V3

What the hell is up with Converse! The ad posted on their Instagram is a pentagram- the symbol of Satan worship. WTF? No more converse for me! pic.twitter.com/PAK3JXvZW1

Look at the new ad for @Converse smh I guess these brands are going full #satan now and are not even going to hide it anymore. If they can go hard for their God, so should we. #pushback #extremism #America #satanism pic.twitter.com/MNhhegHuvA

@Converse I choose Jesus every time! The devil lost when the Risen Christ had victory at the cross! Your shoes can join satan in the lake!

With “Nike and their Satan shoes,” there is a bit of misinformation there: Lil Nas X, the rapper who created those shoes, would end up getting sued by Nike for copyright violations.

But still, the point stands: There is open Satanism everywhere.

What other forms of open Satanism has the world experienced over the past few years?

Rapper and singer Lil Nas X released a pair of “Satan Shoes” back in March, which featured a bronze inverted pentagram, an inverted cross, a quote out of Luke 10:18 that read “I saw Satan fall like lightning from heaven,” and there was even a drop of real human blood inserted into each pair of the limited-edition shoes – and they were priced at $1,018 per pair.

They sold out in under a minute.

Rapper and singer Lil Nas X is launching a controversial pair of “Satan Shoes” featuring a bronze pentagram, an inverted cross and a drop of real human blood. pic.twitter.com/FI2SE64dfS

When originally released, the sneakers were marketed as special edition Nike Air Max 97s (limited to 666 pairs exactly) that were a collaboration between Lil Nas X and New York City-based art collective MSCHF. However, they were immediately shot down by Nike and the shoe conglomerate distanced itself as far as possible from Lil Nas X’s Satanism, and would later sue – though would eventually come around with their recent Converse shoe.

Not only was this a way for Lil Nas X to make money, but it was also a way to promote a music video of his, titled “Montero (Call Me By Your Name),” where the rapper would purportedly have gay sex with the Devil.

Originally published in Refinery29, and picked up by Yahoo News, columnist Elizabeth Gulino starts out talking about the Lil Nas X fiasco with his “Satan Shoes” and getting sexual with Satan, and then proceeds to take a swipe at Christians, painting them as judgmental tyrannical militants who want to take everyone’s fun away.

And then drops this quote: “Satanism hasn’t [gone anywhere]. In fact, it’s only getting stronger.”

Afterwards, Gulino then attempts to explain how wonderful of a religion Satanism actually is, and like her headline reads, she tries to make it “sound pretty great.”

However, it was more than cringe-worthy when Bale thanked Satan during an Oscar acceptance speech for said performance.

Bale was accepting the award for Best Actor in a Motion Picture – Musical or Comedy for “Vice” during the 76th Annual Golden Globe Awards, apparently thanking Satan in an offhand, joking way which seemed more of an attempt to disrespect Dick Cheney and Republicans.

But as the old saying goes, “There’s a little truth to every joke.”

With the rumors of occult dabbling that have surfaced out of Hollywood over the past few years, it wouldn’t surprise a lot of people if Bale was being serious.

FROM ‘IN GOD WE TRUST’ TO SATANIC PRAYERS…

When the United States first started as a nation, Christian faith and values were common. There’s a reason people say America was built on God, on Judeo-Christian values, because it was. That’s why “In God We Trust” was inscribed on the dollar, people swore under oath with the Holy Bible, and so on, “Under God” being ultimately added to the pledge of allegiance. Christianity has always been a big deal in the United States, and it has prospered under Judeo-Christian guidelines.

Fast forward to 2021, when Americans are confronted with this:

This happened in Pensacola, Florida, courtesy of a “religious-freedom activist” named David Suhor. It just so happens that he’s also a member of the Satanic Temple of West Florida and attempted to get Pensacola to remove a 25-foot cross in the city’s Bayview Park.

But this isn’t the only example.

The Kenai Borough Assembly in Alaska actually has had to deal with multiple people who have brought satanic prayers to their meetings, but they can’t do anything whatsoever about it because the American Civil Liberties Union has come to the defense of Satanists.

And it doesn’t stop there.

KNVX, a local ABC affiliate out of Phoenix, Arizona, allowed a woman to say a satanic prayer live on the air:

Left-wing media outlet VICE even tried to normalize Satanism and make it “cool.”

Satanic statues, witches casting spells, drag queens reading to kids, open pedophilia on streaming services such as Netflix, sex dolls with a real child’s likeness, cannibal restaurants, satanic rituals at all-American events like the Super Bowl, radical leftist groups outright saying they want to destroy the nuclear family, a daughter of politicians (one being a former president, the other nearly winning the presidency) wishing a Happy New Year to the Church of Satan, a chemical named “Luciferase” in the COVID-19 vaccine…

This is where America is right now. Hopefully, good Americans, the vast majority of whom still self-identify as Christians, will counter this growing presence of undisguised evil in their midst. A spiritual revival is crucial, otherwise the dark forces increasingly dominating America will one day completely dominate what was once the greatest – and most Christian – nation on earth.

The post What the devil? U.S. turns to dark side as Americans make Satan mainstream appeared first on WND. 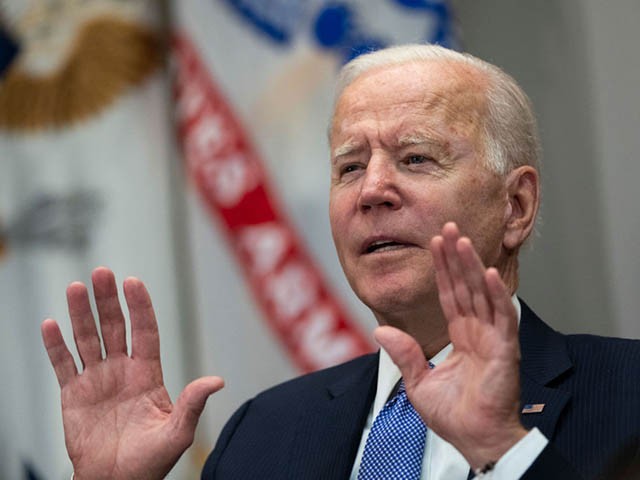 MAKE A DONATION TO HELP KEEP THE REAL NEWS FLOWING